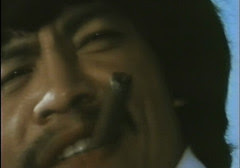 Mortal Battle AKA Kill the Ninja

A trio of rogues steal a shipment of smuggled cash, but before long they are fighting suspicion, mistrust and the Hong Kong Mafia!

Plot: A shipment of $2millon dollars concealed in a coffin has been smuggled into Hong Kong harbour, to a great Rod Serling-style voiceover 'Hong Kong:what a lovely place for a funeral'. Three friends King Kim (Bobby Kim), Pong Mar Kow (Hwang Jang Lee) and Shintaro (Kwan Young Moon) gatecrash the monastery where the money (secreted in a statue) has landed, but driving away Kim is done for speeding and a suspicious copper confiscates the statue. As the gang plot a way to get it back, an office cleaning lady sells the statue to an antique dealer, and the gang start to suspect each other of stealing it for themselves. 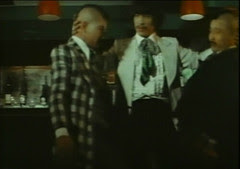 Kim turns up at the sleazy nightclub where Pong hangs out with his girlfriend Lotus Lee and starts a fight first with the bouncers and then Pong. The old friends soon make up though, and go back to the club to discuss. Of course, you can't spell 'discussion without 'd-i-s-c-o' and so the pair cut a dashing step on the dancefloor to some outrageous 70's funk. In fact Hwang is so good here 'The Art of High Impact Dancing' could have been a bestselling video. 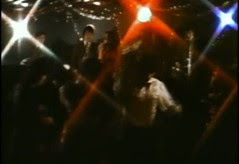 Meanwhile the local gang boss has rumbled them and sends his cadre of toughs against each in turn - one of whom decides to betray his fellows and take all the money...

Production: From the team of Richard and Henry Park, this is filmed with an energy and camerawork influenced by arthouse US and French films of the 60's. Music is big band jazz reminiscent of the intro to The Hustler, and this all helps the film bounce along nicely. Locations range from building sites, the beach and a coal factory scene similar to the end of Dirty Harry. Dubbing is terrific, Bobby Kim's cigar chewing Charles Bronson-performance is helped by a 30's gangster film accent: "In this neighborhood, sweetheart, you don't need high heels, you need running shoes'. HJL sounds quite dopey but it all adds to the fun. 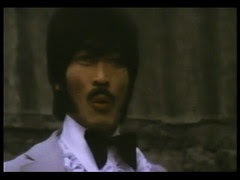 Fights: Fast zooms and cuts like a Spaghetti Western gunfight editing at double speed. The camerawork here is jerky handheld tracking, similar to the Krav Maga fights in Batman Begins. Which is a double-edged sword: while they add to the panic and adrenaline of the heroes being surrounded, it also means that many of the best moves are not seen in full. When it's the boots of HJL and Bobby Kim in action you can more or less keep the camera still and the number of edits down. There are some fun touches like kicking to camera, a double headlock seen from below, and a ludicrous leap from the 6th storey (using 'special' effects). 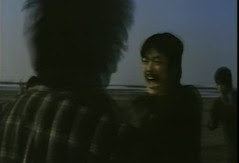 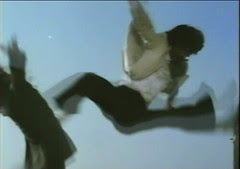 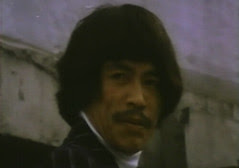 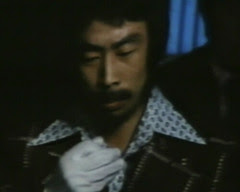 quares and colour clashes that will have your DVD decoder weeping at points. And did you even know there was such a thing as a kipper cravat? I didn't. Worth watching for this aspect alone.

Overall: 3.5 out of 5. A must for fans of grimy city bashers like 'Iron Dragon Strikes Back', this is a notch above Hard Bastard, and a great Friday night lark. Only downside is the overenthusiastic camerawork in the fights
Posted by Kevin Smith at 7:57 am No comments: