Lazy but excellent-in-parts sequel, a must for fans if not the masses.


Plot: In this age of recycling and reuse, it's nice to know that for this follow up to the smash hit Ip Man I can simply reuse the same plot synopsis: simply delete where applicable.


Wing Chun master Ip Man is facing opposition from other Kung Fu schools in [Foshan province | Hong Kong] . After facing the other masters he gains some grudging respect, which is magnified when the schools must set aside their differences to combine against the [dastardly Japanese | nefarious British] led by the snarling [General Miura | Superintendent Wallace]. After a brutal showdown pitting the enemy against Ip Man's former protagonist and fellow master, Ip Man is forced to defend Chinese honour against the foreigners and show that Chinese Kung Fu (and in particular Wing Chun) is the best.

...and that's it - except for an epilogue that will have you grinning from ear to ear! To be fair there is one new aspect to the sequel, namely Ip's unruly students, who are happy to take up challenges from the rival schools, and cause much headaches for the master. 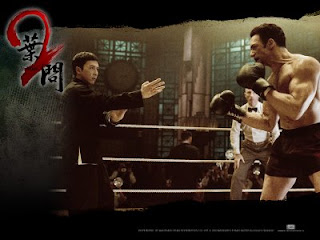 Performances:
Donnie is very comfortable as Ip Man, no gear changes needed since the last movie (as he's going through the same series of events, basically). Smooth and accomplished, and funny to watch such a calm, measured character in contrast to Donnie in Tiger Cage!

As in the first film, Ip Man's wife (Lynn Hung Doi-Lam) is given barely any screen time or meaningful scenes, despite second billing. As before her role is simplified to briefly questioning whether Ip Man is all right, and where the money is coming from. There is, however, a near criminal waste of Simon Yam's talents, as he is reduced to a sideshow with a mere couple of scenes - in fact a repeat of his go-between character would have been welcome, cosying up to the British whilst secretly protecting Chinese interests.


But all is not lost: Old School funs will be delighted to see legendary actor and action director (in his seventh decade of Kung Fu cinema!) Feng Hak-On giving a terrific cameo as
another Hong Kong master, ably backed up by fellow old school favourites Lo meng and Lam Hak Ming.  Kent Cheng even turns up as (you guessed it) a police inspector, and carries it off well as usual, especially when he starts having doubts about his (and British) corruption. 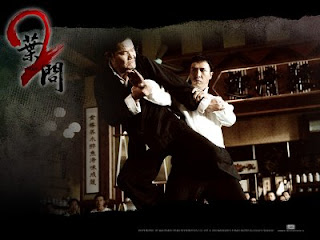 And, of course, the major pull of this sequel is Sammo Hung (a mere six decades in Kung Fu!) and his fights with Ip Man. Sammo gives a commanding performance as Master Hung: initially at odds with Ip Man, but retaining dignity and respect as his position changes. He is certainly no one-dimensional bad guy, with his family life and his rationale shown. With this performance he may have cemented himself as the key figure in Kung Fu cinema history, between acting/fighting/directing/action directing/producing since 1961. He shows some of the best acting within a fight that I can remember with his performance here, outstanding. 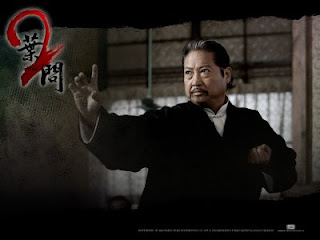 Fan Siu-Wong has actually had his character (Jin) developed since the first film, and is older and wiser, expounding advice well to Ip's real-life senior student, Wong Leung (played by Huang Xiao-Ming). Wong is a good balance of feisty upstart and penitent student, and the epilogue sets up Ip Man 3 nicely - whether Donnie plays a major role or not. 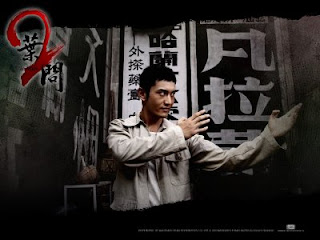 Sorry to say there are one-dimensional roles, given to (you guessed it) the British despots. A shame, because the dodgy copper Charlie Mayer is a Shakespearean actor, and Darren Shahlavi does well with the loaded material he's given to work with, delivering it with a frothing, snarling gusto. One can only assume the production saved on catering because of the amount of scenery these guys are give to chew on - let's hope the gwailo scripwriters are a bit more generous next time.

Training: Very weak. This was a real opportunity to explore *why* Ip Man believed in Wing Chun, being faced with a multitude of Kung Fu styles. Instead of another crowbarred-in scene where Ip Man has a pointless chat with his wife in bed, there should have been some Warriors Two-type discourse about the methods, techniques and fighting ethos of Wing Chun. I'd love to hear theories and see practicals on why Ip believed it to be superior to Hung Gar/Mantis fist etc. .Even the immortal (wooden dummy) scenes are lazily filmed, so you don't get a feeling of what is being done (or why).

Fights:
As expected, these are good to excellent. We start off with Ip slapping around potential student Wong, with the usual up-close and personal high-speed arm-slipping, block-and-counter simultaneously, chain-punching signature Wing Chun style. Wong has a (in comparison) amateur bout with the Hung Gar students, all flail and little finesse. There is a cracking dust-up at the local fish market, Ip having to resuce the captive Wong, and making imaginative use of warehouse pallets as well as fish cleavers - gripping stuff!

The films climactic fights, in the boxing ring against 'World Champion' boxer Taylor Twister (Shahlavi) are ferocious and bloody, both Sammo and Donnie fighting for their lives aginst the devastating hooks and uppercuts of the Westerner. Kicking is banned once Donnie starts being too effective with them, which is a shame because Darren Shahlavi is an expert kicker from his Muay Thai, Kickboxing and Karate training! Of course, that wouldn't be boxing, but given that all the other rules are broken they should have sneaked it in....the final pounding that Donnie administers is almost equal to the 10 v 1 sequence from the first film, but not quite.
But for me the highlight of the film comes halfway through, with Donnie taking on the old school legends one after the other, precariously balanced on a tabletop perched atop stool legs. He faces Lo Meng's mantis fingers, and Feng Hak-On's graceful, expansive (white crane?) style with aplomb, before a hold-your-breath machine gun of a fight with Sammo. I'll leave the result to your viewing pleasure...
Overall: 3 out of 5, lazy plotting and missed opportunities taint some superb fights and a poignant performance from Sammo.
Posted by Kevin Smith at 2:44 am