Of all the mighty King Fu styles that have been developed in various parts of China, the one recognised as being the most difficult - and the most deadly - is the 'Tai Chi' technique. Anyone who wishes to learn it must devote his life to it, and must start as a child - preferably at the age of three...

Intro: Excellent voiceover that walks us through the Tai Chi style as we watch Carter Wong grow up with his training. Jar smashes, stump stomping and 'I can take it' beatings that would out O'Hara in Enter the Dragon to shame. 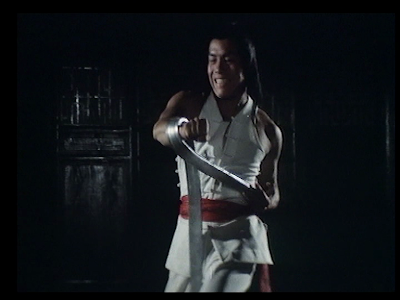 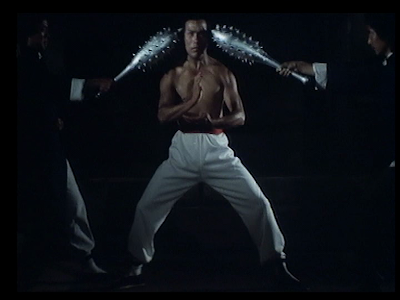 Plot: Fight-era China.  As the Lei Ping school train on The Plateau™ , they witness a vicious attack by two Hei Pei thugs (Corey Yuen, Yuen Shin-Yi) on an apparently defenseless old man and his daughter. 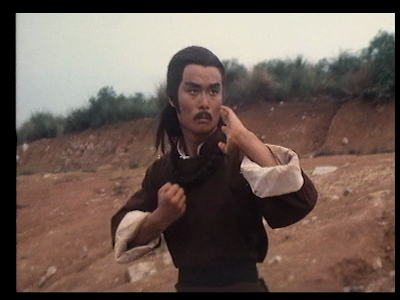 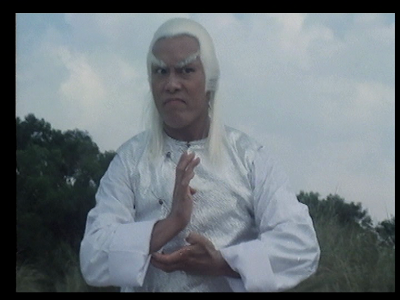 The students intervene but are punished for their charity by Lei Ping himself (Lei Fung) with a rather harsh punishments: a 3 year training ban for Sa Chien (Mark Long - no, not that Mark Long, the other one, his brother) and a ticking off for Ming Tu (Mark Long - yes, that Mark Long, Ghostface Killer). Thankfully for fight fans the Hei Pei seek revenge in the form of the supremely baaadass Ku Yu Tieh (Lo Lieh) and hilariously castrato Tai Chi expert Tieh Wu Ching (Carter Wong). 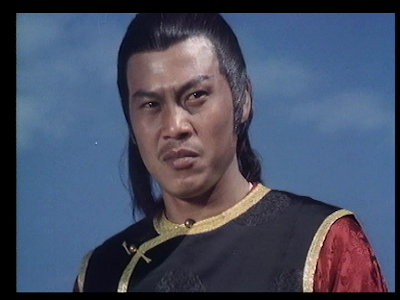 After causing havoc at the school, the Lei Ping disband and start training up to get revenge, enlisting the help of Tai Chi master Hung Fa-Long and the curiously named 'Pink Nun' (possibly a relative of Blue Nun? Maybe she does a Rose version of Liebfraumilch...). 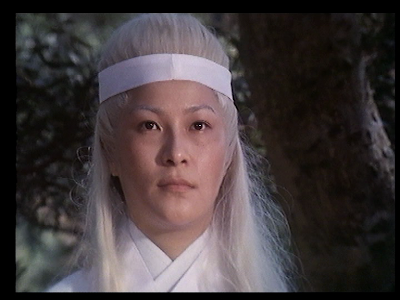 The Lei Ping hone their new techniques and challenge the Hei Pei killers - but the full strength, and vulnerability, of the Hei Pei has yet to be revealed....

You two are evil men who must be stopped. So today I will try to do that! 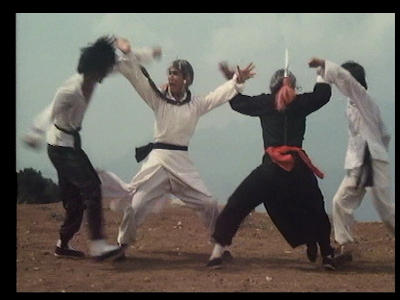 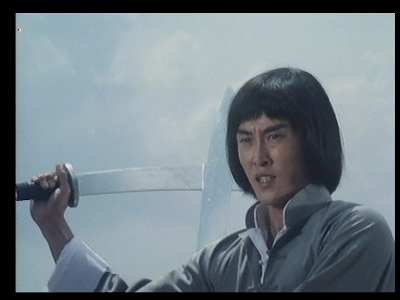 Secondly, close-quarter weapons. These fights (short sword against tonfa-plus-spring-loaded-blade; short sword vs staff) are lightning fast and as 'up close and personal' as a fist fight. 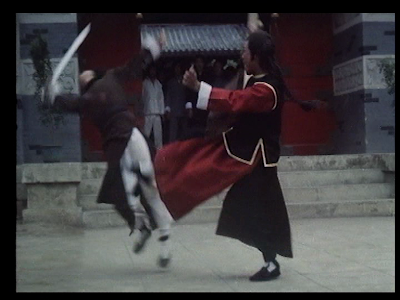 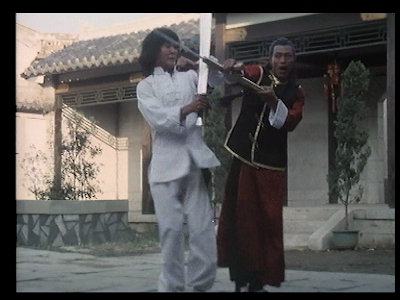 Practice, practice and then practice some more. And then more practice! 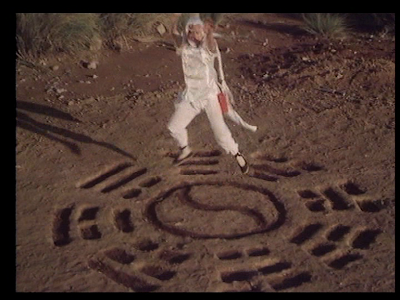 Spectacular (if short) sequences from Carter Wong as mentioned in the intro, the Tai Chi training is based on 'drawing Earth power from the eight octograms', which results in an outrageous and unique 'Sun and Moon step' shape in the climactic fights. 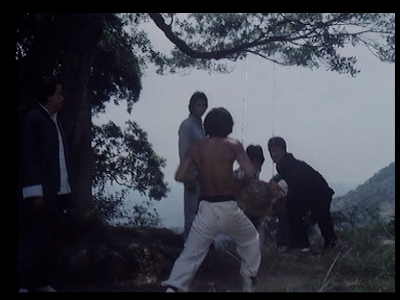 The Lei Ping boys weigh in with some good breath control (see also The Himalayan) and bronze dummy work to hone their attacks on the 108 vital spots, and dagger throwing for the coup de grace. 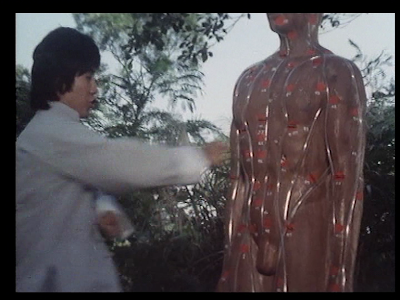 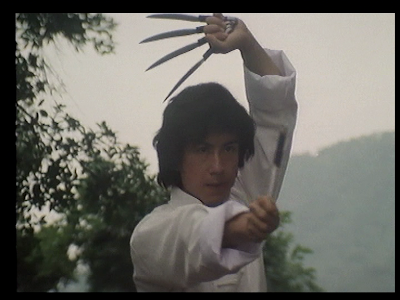 Production: Good low budget, Joseph Kuo does well with what he's got here. Standard dusty courtyard, orchestral swells and forest settings, but the Octogram temple and Carter's outrageous mannerisms are a bonus. The Tai Chi 'settle in stance' sound effect gets annoying after a while. Actually, it's annoying immediately.

Cliché bingo: (1) Carter leaps up to grab the Lei Ping school sign, but doesn't smash it over his knee! Must try harder next time. (2) The challenge issued by the Lei Ping actually stipulates that the fight be on 'the main plateau' . Which is nice, it means all the other Kung Fu challenges that day had to use an inferior plateau, maybe one with a worse view or that was a further walk away.


Overall: 4.5 out of 5, gimmicky but the better for it, and with terrific fights. A must see for Carter Wong's bizzarre performance, and almost as good as Joseph Kuo's 7 Grandmasters.
Posted by Kevin Smith at 7:04 am